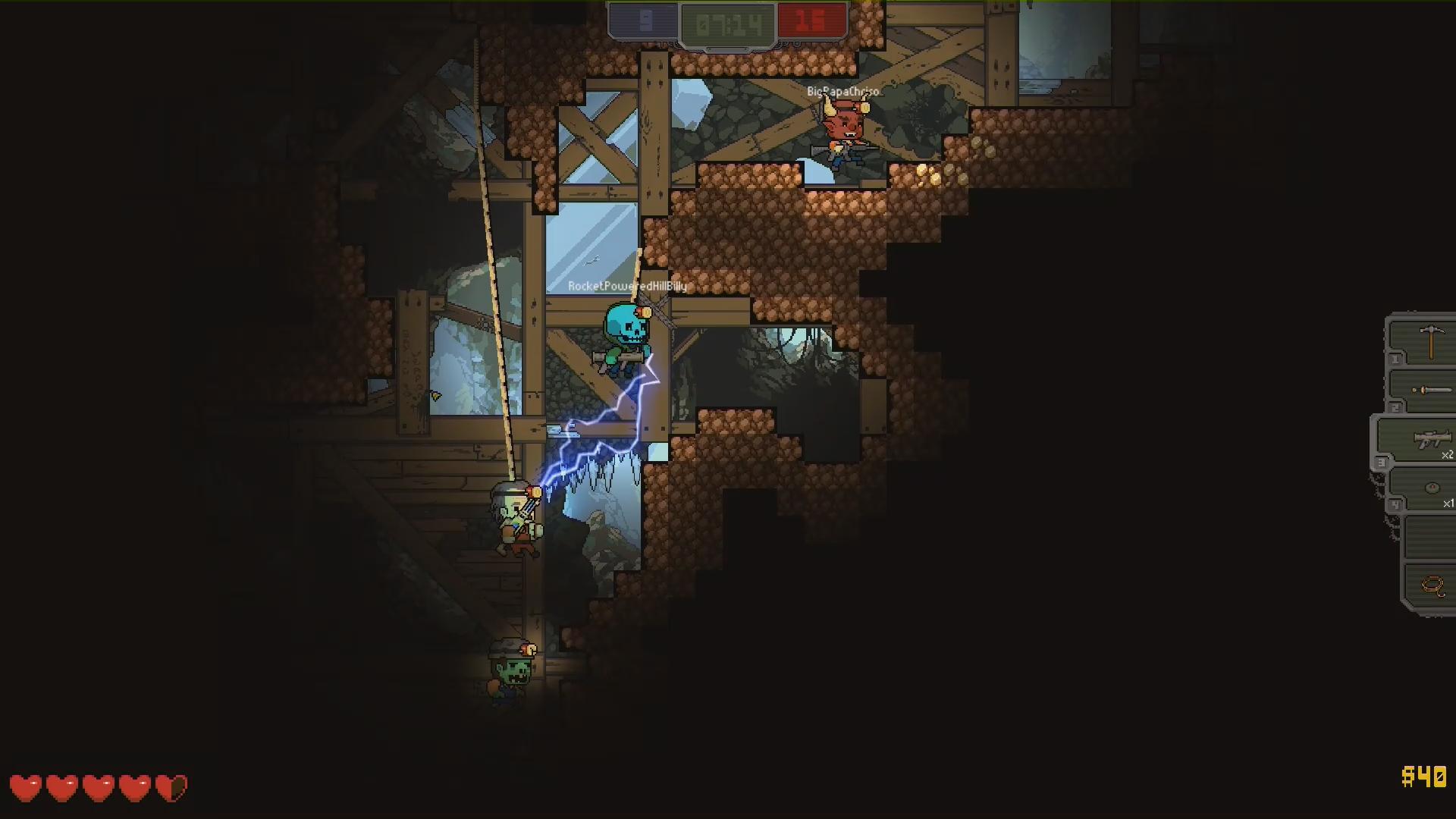 It’s been a great couple months! The most recent updates were:

Now it looks much less dumb, and you can also double swoosh
Before:

I had another local beta test with the fine folks down at Thinking Big. Things went leaps and bounds better than the last play-test, and now I have a new list of polish items to fix up for the next test.

A bunch of other cool stuff!

It was a busy few months! I also implemented text chat (with chat commands), a completely REVOLUTIONARY new way to combat trolls (more details on this coming up soon), and a revamped lobby
——

So, the Early Access release is inching ever so closer! It’s going to be a pretty nuts 3ish months getting things ready but who really needs sleep? The major things remaining before you can get your hands on the game are:

As of right now, you can coordinate with your friends and jump in a game together, but there is currently no way to join a game in progress. This makes it difficult for two random individuals to concurrently find each other’s games. Addressing this will be priority #1. I also need to add a few tweaks to the lobby browser so that you can find the game with the best connection.

This is a fun one! The lovely and talented Bob Baffy has been working on the soundtrack / SFX for the game and so far it is sounding amazing. You can preview Bob’s first audio track for the game in the Early Access trailer.

This has been a frequently asked for addition. I started it this weekend, and I can already say that it’s definitely going to be my preferred method of play.

This part is never really done. Going to spend a significant time cleaning up little things.

Thanks again for reading! Don’t forget to subscribe to the newsletter, I’m going to be coordinating an online play-test quite soon for the eager beavers, so stay tuned for that!

No Comments
posted byjpohalloranonMonday, November 21st, 2016at4:24 pminDev Blog
Subscribe
Subscribe to get notified about major dev updates, and get a chance at entering closed alphas
Recent Posts
powered by wordpress
theme by teslathemes